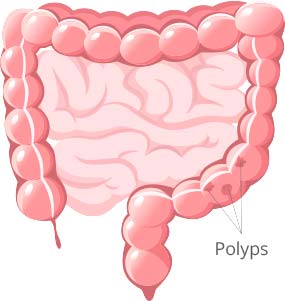 Colorectal cancer is the leading cancer in Singapore. Worldwide, 655,000 people die from colorectal cancer each year. Many colorectal cancers are thought to arise from adenomatous polyps in the colon. These mushroom-like growths are usually benign, but some may develop into cancer over time. Diagnosis of colon cancer is currently done through a combination of blood test, stool test and colonoscopy.

“It is important to diagnose colon cancer early,” said Dr Ng Chin, General Surgeon of Raffles Surgery Centre, as up to 95% of early cancers can be cured with an operation. Early diagnosis can also halt the progression of cancer.”

Although it may be hidden in the depths of your bowels, colorectal cancer can be prevented through regular colonoscopy screening and the removal of polyps.

During a colonoscopy, an AI module (GI Genius) assesses and processes each frame to highlight potential polyps and tumours. This helps endoscopists and specialists evaluate the entire colon with more precision, overcoming the challenge of identifying small polyps that may otherwise go unnoticed by the human eye.

“The aim of curative surgery,” explained Dr Wong Kutt Sing, General Surgeon, Raffles Surgery Centre, “is to completely remove the cancer-bearing segment of the bowel with adequate margins and radical en-bloc resection of its mesentery and lymph nodes.” Long-term studies comparing laparoscopic and open colectomy have demonstrated equivalent survival rates between the 2 techniques. One study from Spain showed better survival in Stage 3 colon cancer in patients who have undergone laparoscopic colectomy. Video: An Insight into Colon Cancer