The Evolution of Stents 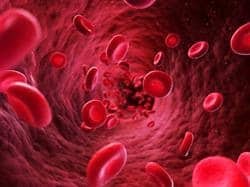 In the last decade, stents have undergone several innovations, the latest being biodegradable ones that doctors think will become the standard version one day.

Yet there was a time when angioplasty – a procedure to widen narrowed or obstructed arteries that can sometimes precipitate a heart attack – was done without any stents.

In 1977, angioplasty on a coronary artery was performed for the first time in Zurich, Switzerland, by Dr Andreas Gruentzig, a German-born physician.
Once the artery was stretched with an inflated balloon, it was removed along with the fine guidewire.

But the elastic nature of vessel walls means they have a tendency to spring back or recoil after the procedure.

That, coupled with the formation of scar tissue, can lead to restenosis which is when the treated vessel becomes blocked again.

This problem led to the introduction of bare metallic stents in 1986, noted an article in the European Heart Journal in October 2011.

Dr Benjamin Chua, the director of endovascular surgery and a consultant at the department of general surgery at the Singapore General Hospital, said stents act as struts, radiating force outwards to keep arteries open.

But their use has created other issues.

Dr Chua said the outward force of the bare stents against the arterial walls is believed to trigger the extensive growth of scar tissue inside the stent which may again obstruct blood flow and cause symptoms such as chest pain.

This led to the next evolution of stents – drug-eluting stents, which are coated with medication that is released over time to inhibit the response to injury mainly responsible for such restenosis.

The drugs – sirolimus, everolimus or paclitaxel – were the same ones used in oncology to retard cancer cell growth, Dr Chua added.

The rate of restenosis has dropped with each new type of stent.

Dr Teo Swee Guan, a specialist in cardiology and consultant at Raffles Heart Centre at Raffles Hospital, said bare metallic stents have a restenosis rate of 20 to 30 per cent compared with 5 to 10 per cent for drug-eluting stents.

The restenosis rate for balloon angioplasty alone is between 35 and 50 per cent.

As a result, fewer patients on drug-eluting stents need to undergo a repeat procedure, whether balloon angioplasty, stenting or bypass surgery.

As few as 3 to 7 per cent of patients with drug-coated stents will need another procedure, compared with 15 to 20 per cent for those with bare stents and up to 30 per cent for those with balloon angioplasty alone. But another concern with the use of stents is thrombosis, or clotting, which can occur from within 24 hours to a year later. Associate Professor Tan Huay Cheem, the director and senior consultant at the National University Heart Centre, Singapore (NUHCS), said that very late stent clotting, that is, clotting after the first year, is more common with drug-coated stents.

This is probably due to factors such as delayed healing of the vessel and inflammation from the material that contains the drug, he explained.

Dr Eric Hong, a senior consultant interventional and nuclear cardiologist in private practice at Mount Elizabeth Medical Centre, said patients have to take the drugs as stent thrombosis is an uncommon but serious complication that shows up suddenly and could be fatal.

Despite the lower rate of restenosis for those with drug-coated stents, certain patients are still fitted with bare stents.

at Tan Tock Seng Hospital, said they are used when there is a concern about putting patients on prolonged blood-thinning medication. This includes patients with anaemia, a history of stomach ulcers or who are about to undergo non-cardiac surgery.

If patients are unlikely to take their medicine regularly, they will not be offered drug-eluting stents either.

Dr Chua said the advent of bioresorbable drug-eluting stents removes the root causes of vessels narrowing after a procedure.

They release drugs that prevent vessels from narrowing again, yet they do not remain permanently to trigger extensive scar tissue growth, he explained.

With the jury still out on the new Absorb stent, doctors said they now use it mainly for blockages that are simple, not too calcified (hardened) and do not involve major side branches of the coronary arteries.

Dr Goh Yew Seong, a consultant at the department of cardiology at Changi General Hospital, said: “Although the Absorb stent’s premise of leaving nothing behind is an attractive option for most patients, we must still be stringent in lesion selection in order to ensure the best outcome.”

Dr Dinesh Nair, a senior consultant at Parkway Heart and Vascular Centre at Mount Elizabeth Novena Hospital, said the Absorb stent has outcome and safety data recorded over more than four years. In comparison, drug-eluting stents have been used for more than a decade and bare metallic stents have more than 20 years of research behind them.

Furthermore, the Absorb stent can cost twice as much as the average drug-eluting stent, which, in turn, is twice as expensive as the bare stent.

At the two national heart centres – NUHCS and the National Heart Centre Singapore – and private ones, the cost of bare metallic stents start from $1,000 and conventional drug-eluting stents cost between $2,500 and $3,500.

Data from the Ministry of Health showed that from January to November last year, about 1,700 coronary angioplasty procedures were performed in five public hospitals here.