Recently, I felt that I can’t hear for a few minutes. This carried on 3 or 4 times daily for a month. I am also suffering from epilepsy since 2006 and taking the medicine Lamictal. What is the solution to solve this hearing problem? Could it be due to epilepsy or other reasons?

Hearing loss is a common complaint, and the most common cause in today’s world is noise induced deafness. Exposure to excessively loud sounds, such as loud music and so on can result in loss of hearing. However, noise induced deafness is permanent which is not really consistent with what you seem to describe.

It is possible that the symptoms, which you have described, are due to your underlying epilepsy.

Epilepsy is a name used to describe a very wide group of disorders, the common factor being an abnormality in the electrical activity of the brain. There are many causes of epilepsy, and without knowing more about your medical condition it is not possible to be more precise. In general, epilepsy is divided into two broad types: generalised epilepsy in which the entire brain shows abnormal electrical activity, versus partial epilepsy, or localisation-related epilepsy, in which the abnormal electrical activity starts in one region of the brain and can either remain localised or can spread to affect other regions.

Patients with generalised epilepsy usually have no warning or aura but will lose consciousness at the beginning of the seizure.

Those patients who have partial epilepsy usually experience an aura or a sort of premonition that a seizure is beginning. Depending on where the seizure focus is in the brain, this aura can range from emotional sensations, abdominal distress, visual hallucinations, and so on. Auditory auras, although less common, have been described in the literature, and this can be a possible explanation for the fluctuating hearing loss which you experience.

If the abnormal electrical activity spreads to involve the whole brain, patients usually lose consciousness and there may be limb jerking. However, if the seizure remains partial, that is, the abnormal electrical activity does not generalise, then the patient will not lose consciousness and the aura may be the only indication that the patient’s epilepsy remains sub-optimally controlled.

Fluctuating hearing loss is not likely to be associated with your medicine, lamotrigine.

Be the First to Know!

Like what you see? Receive more health and wellness articles from Raffles Medical Group to aid you in leading a healthy lifestyle. 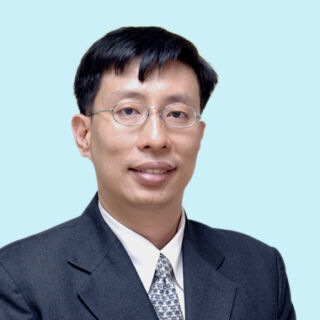