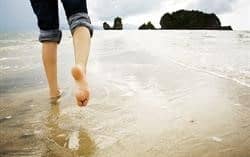 I am a 21-year-old male who used to be an avid runner, but am always hit by a series of injury to the legs and knees. As such, I have never recovered fully. I have lower back pain and disc degeneration disease. I was pointed out to have a leg length discrepancy of 2cm (using measuring tape) by a physiotherapist. He noted the significant wear and tear of my right shoe’s sole compared to the left. How would this discrepancy affect my running and life? The physiotherapist suggested inserts to my shoes but I would rather have an operation, since I am not comfortable with the suggestion and I see it as an opportunity to have my tilted hips balanced out. Is it advisable to go under the knife?

Firstly, although your leg length discrepancy (LLD) has been picked up by simple tape measurement, this method is often inaccurate. Leg length discrepancy can be the result of a functional pelvic tilt or inaccuracy of the bony landmarks used. A more accurate assessment will require the use of special X-rays to allow actual comparison of the bones from both legs.

It is true structural limb length discrepancy can cause lower back pain after running due to improper spinal balance. However, LLD of less than 3cm is considered mild and usually can be adequately treated by shoe inserts. You should see a podiatrist to have a proper assessment and get the right inserts made. If you are not comfortable with it, gradual increment in the heights of the inserts can be made.

I would not advise you on surgical correction for such mild LLD. This is usually reserved for a patient who has more than 4cm of LLD. Limb lengthening surgery was originally developed over 50 years ago in Russia. It involves a procedure called an osteotomy, in which the bone that requires lengthening is cut. This is usually performed on the lower or upper leg, and devices are fixed internally or externally to stabilise the limb.

The bone that has been cut will then be slowly pulled apart. Doing so promotes new growth where the cutting has occurred. The lengthening is achieved by causing the new bone tissue to continue growing by adjusting the length of the stabilising devices. The devices can be adjusted up to four times a day, up to a total of 1 millimeter per day in length. The pins can be adjusted continually in this manner until the desired length has been achieved. The whole process may take from four to six months if no complications occur.

Degenerative disc disease is commonly due to normal ageing or after some form of injury to the spine. However when it occurs in young people, like you, there is often a strong genetic tendency. Greater efforts must be made to avoid over loading the spine by improper load carrying and poor posture. Running on the roads or hard surfaces in the presence of LLD is a strong no-no. Alternative exercises like swimming, rowing and cycling would be better. 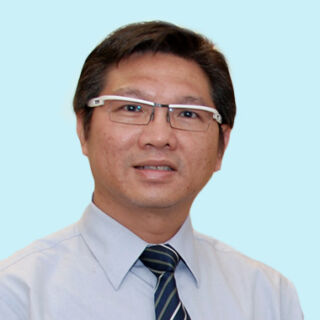