Talking about emotions and challenges in life can be awkward for many, even if it is with their family and friends. Yet, without an outlet, emotional distress and stress can accumulate over time, making everyday tasks seem more difficult than usual.

Then people start to fear they are no longer able to cope, that they have somehow changed.

It is not unusual to hear a patient ask me, “Doctor, am I losing my mind?”

Mental symptoms are more common than we might think. But they can be successfully managed.

It is possible to get better and resume normal life, even if you have felt that you were “losing your mind”. The three stories here (actual names have been changed) are examples of how stress – from work, studies or relationships – can affect one’s daily functioning.

John, a 16-year-old student, had been unhappy for a year. He became withdrawn and no longer enjoyed watching movies. He felt constantly tired and unable to concentrate.

He described panic symptoms each morning before school and believed that he was not as smart as his classmates. He had only four hours of sleep each night, getting up at 5am to do three hours of preparation for school. His symptoms usually worsened before examinations.

He was diagnosed with depressive disorder and underwent cognitive-behavioral therapy to better handle the stress.

His family members were supportive and encouraged him to find time to relax through sports man and social interaction. Eventually, his mood and confidence improved.

Ms Chan, a 38-year-old manager, had complained of persistent anxiety and irritability for some weeks. She had recently relocated here and was adjusting to a new job and environment.

There were frequent marital arguments and her husband went out drinking, sometimes returning in the early hours without any explanation.
She was constantly worried about the future and contemplated divorce. Even though she put on a brave front at work, her relationship with colleagues and clients gradually deteriorated.

She was diagnosed with generalised anxiety disorder and made a good recovery with anti-anxiety medication and stress management.

Mrs Lim, a 70-year-old widow, could not sleep well after the death of her husband. Initially, she was so distraught that she harboured thoughts of jumping into the sea to join him in the afterlife.

However, she did not do so as she still had family and life remained meaningful.

However, when she went shopping, she would sometimes forget to take her car keys or buy groceries. She had no interest in meeting her old friends initially, as she did not want to burden them with her issues.

At times, she could smell her husband’s presence; sometimes even feel his hand brush her cheek.

These transient experiences were comforting to her. She mentioned these incidents to her children, who worried that she might be hallucinating. They suggested that she live with one of them, but she preferred to remain in her own home.

She was diagnosed with bereavement disorder (grief reaction) and given counselling and support. Her condition resolved after several months and she could function normally again. It is important to remember that seeking help early can accelerate the recovery process, as these examples show. It is equally important for friends and family to recognise mental symptoms and ask for assistance, if necessary.

As the saying goes, it takes a village to raise a child. Perhaps the same can be said for helping people with mental symptoms. 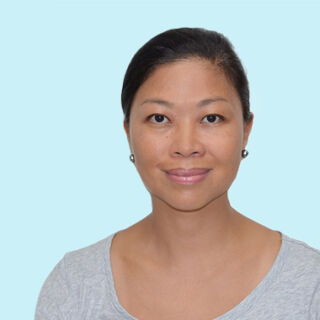