Qn: I have had this problem of hand-trembling since my teens. Whenever I do any strenuous activities with my hand – lifting heavy stuff or doing exercises like push-ups, my hands would shake uncontrollably. For example, if after doing push-ups and I try to take a glass of water, my hands would tremble a lot. It will only subside after my hands have rested. A thyroid test was done by a doctor and the results shows that my thyroid is fine.

As it is, this problem has not affected my daily life as long as my hand is not subjected to any excessive activities. However, as I’m in the security line, I need to bear arms in my course of work. This hand trembling gets worse after I fire weapons at the range. Again, it subsides after a rest.
Is there any way to cure this hand trembling? I hope this is not the precursor to Parkinson’s disease.

Ans: It sounds like you are suffering from a condition called essential tremor. This is a condition, usually inherited, in which the patient’s ability to hold his outstretched limbs rock-stable is decreased.

Because of this instability (in engineering terms this is called poor damping), the muscles holding the limb cannot contract at a precise, steady rate. Instead, the muscles contract too hard and this results in the limb involved moving upwards slightly.

This movement is then sensed by the brain which makes the muscles involved contract less, resulting in the limb dropping back. This to-and-fro oscillation results in the tremor.

This tremor is usually more pronounced with physical exertion and exhaustion, and with emotional stress. Even for a normal person who does not suffer from this condition, severe physical exhaustion can result in tremor.

You may have noticed that if you take some alcohol, the amplitude of the tremor will be decreased. We can also use certain medications to achieve the same result.

Usually, this condition will worsen slightly with the passing of years, and in some elderly patients, it can be very debilitating (eg inability to write legibly or sign cheques).

Several genes have been identified as being involved in essential tremor, and depending on the gene(s) involved in the individual patient, a small proportion of patients do go on to develop Parkinson’s disease. 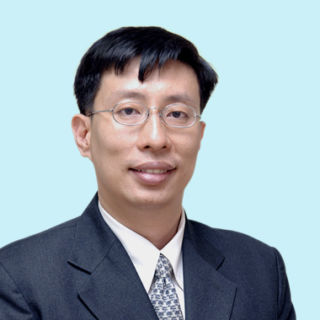 When you should visit the Accident & Emergency (A&E) department, and why

When to bring your child to the Accident & Emergency department?

A gift guide to health this Mothers’ Day

Fasting during Ramadan: What an older person needs to know

Sugar and Inflammation: The Not-so-sweet Connection

Optimising Your Immunity: The TCM approach