Breastfeeding – Breast milk and other benefits World Breastfeeding Week (WBW) is an annual celebration that is held every year from 1 to 7 August in more than 120 countries. Organised by World Alliance for Breastfeeding Action (WABA), World Health Organisation (WHO) and UNICEF, the goal of WBW is to promote exclusive breastfeeding for the first six months of life that yields many health benefits for both mother and baby. Mothers can continue to breastfeed for 12 months or longer, if they are able and want to. Breastfeeding is convenient and inexpensive – an exceptional bonding experience between the mother and baby.

Breast milk contains the right balance of nutrients for the baby during the first six months of life. As the baby grows, the nutrients in the breast milk change. This fulfills the baby’s changing nutritional needs. It provides an abundance of easily digestable nutritional components. Notably, breast milk contains many Long Chain Polyunsaturated Fatty Acids (LC-PUFAs, which are important components of cellular membranes, especially in the developing retina in the eyes and the grey matter of the brain. These are essential for neurodevelopment because their incorporation in the central nervous system tissues continues during the first two years of life. Breastfed babies have better cognitive development later in life, including improved memory retention, greater language skills, and intelligence.

What’s in Your Breast Milk?

Breast milk plays an important role in a baby’s development – it is both food and medicine!

“Can I store my breast milk? What’s the best way to do it?” 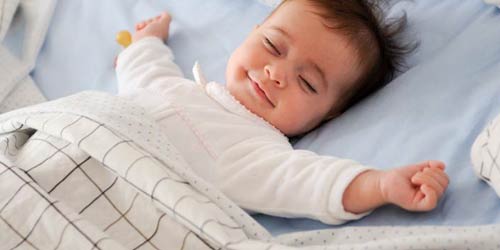 Breastmilk is rich in antibodies that provide the ﬁrst source of adaptive immunity in a newborn’s intestinal tract. A mother’s mature immune system makes antibodies to the germs to which she and her baby have been exposed to. These antibodies enter her milk to help protect the baby from illnesses. Immunoglobulin A coats the lining of the baby’s immature intestines, preventing germs and allergens from leaking through.

A research indicated that breastfeeding plays a critical role in a mother’s long-term metabolic health. Milk production, which requires approximately 500 kcal per day for an exclusively breast-fed infant, reduces maternal obesity, and lowers the risk of diabetes and high cholesterol. In fact, mothers who breastfeed for a short span of one month have a lower risk of diabetes in later life than mothers who do not breastfeed at all. For mothers with gestational diabetes, breastfeeding is particularly important for risk reduction.

Breastfeeding also affects the maternal risk of high blood pressure. Compared to mothers who breastfed for at least six months, those who did not were 29 percent more likely to develop hypertension. These differences in blood pressure may also persist into a woman’s menopause stage.

In terms of heart disease, research data indicates that mothers who breastfed for 7 to 12 months after their first delivery were 28 percent less likely to develop cardiovascular disease than mothers who never breastfed.

Breastfeeding can also lower breast cancer risk, especially if a woman breastfeeds for longer than a year. Breastfeeding also contributes to a significant decrease in the risk of ovarian cancer.

Psychological Benefits for Mother and Infant

Breastfeeding improves emotional bonding between mother and baby. Affectionate bonding through skin-to-skin contact with a close embrace during the first year of life helps to reduce social and behavioural problems in both parties.

Breastfeeding produces naturally soothing hormones – oxytocin and prolactin, which reduce stress and instil positive feelings in the nursing mother. Mothers who breastfeed experience increased confidence and self-esteem, and have a lower risk of post-partum depression.