Health Screening for My Babe Pregnancy is a most amazing thing. Inside your body is a growing foetus that would, in months, come into this world. This process is incredible and usually straight forward. However, there are times when things may go wrong and your baby may not develop the way he/she should.

Babies could be abnormally formed or be affected by poor development while in the womb of the mother. With modern science, getting under your skin to assess your unborn child’s health is no longer a dream.

Foetal diagnostics allow your gynae to screen your unborn child for potential health problems and physical defects. Parents who find out earlier are better able to cope with the potential stress involved. Your gynae can also better manage your pregnancy to ensure that you would have a smooth delivery.

According to Dr Tony Tan, Specialist in Obstetrics and Gynaecology, Raffles Women’s Centre, about two to five per cent of babies are born with some type of birth defect. “This may be due to chromosomal abnormality, genetic disease or structural abnormality in the baby.”

Women of all ages, and not just those aged 35 and above, should consider screening for ease of mind as many abnormalities in the babies are random events and hence could not be easily identified by factors such as age or family history.

“All pregnant mothers to a certain extent must receive some basic form of foetal screening,” advised Dr Chow Kah Kiong, Specialist in Obstetrics and Gynaecology, Raffles Women’s Centre. “The most usual one is a routine blood test. The next almost universal test is an early ultrasonogaphy on the unborn child (the foetus).”

However, depending on the risk factors in the pregnancy, more tests may be necessary to ensure that the unborn child is of good health and not affected.

Foetal screening is important as doctors could detect abnormalities in the unborn child and detect them early. If there is a defect that is incompatible with life, the parents could be counselled. Early detection also allows for safe termination of the pregnancy.

Certain abnormalities necessitate the baby to be borne by a certain method (like induction of labour early or Caesarean section). Sometimes, babies with certain abnormalities require immediate specialised medical attention at birth and this could be arranged in anticipation if the abnormalities are detected at foetal screening.

Tests to Set Your Mind at Ease

Foetal screening can be conducted during the first, second and third trimester. Dr Tony Tan, shares some of the common questions mums-to-be has:

What is the first trimester screening about and who needs it?

It has, over the years, develop into an improved version as it screens for common chromosomal abnormalities such as Down syndrome, early structural abnormalities, and the risk of early pre-eclampsia (a condition which manifests as high blood pressure with proteins in the urine during pregnancy that requires delivery before 34 weeks).

This test is recommended to all pregnant women regardless of age, as it is now recognised as the best screening test for Down syndrome. It is better than screening for Down syndrome just by maternal age alone, or with triple test. Knowing the risk of severe pre-eclampsia early in pregnancy also allows the identification of those at high risk who may then benefit from the use of medications such as calcium supplementation and low dose aspirin early in pregnancy, which may reduce the risk of pre-eclampsia.

When would the second trimester screening need to take place and what is it for?

If the placenta was low-lying, the obstetrician would have to take note of symptoms like vaginal bleeding and check the location of the placenta later in the third trimester to determine whether a Caesarean section is required for delivery. A short cervix at 20 weeks increases the risk of premature delivery before 33 weeks. For those with a short cervix, your doctor may treat you with progesterone to reduce the risk of premature delivery.

What is the third trimester screening about? Is it necessary?

In the third trimester, the foetus may be screened for growth disorders. In 5% of cases, the foetus is growing below the normal range. Such foetuses should be monitored closely so as to determine the best time for delivering the foetus. A 3D or 4D scan, purely for bonding between parents and the foetus, may also be performed at this time. 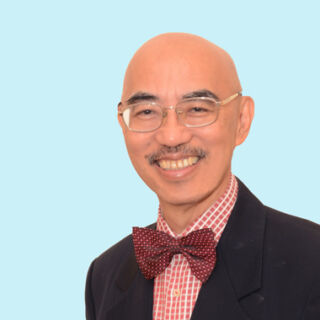