In a recent study, 44% of the participants would have given an incorrect dosage of medicine to children

Paracetamol is one of the top three culprits of poisoning in children who go to the KKH emergency department. But most parents here are careful when dishing out drugs to kids.

Most parents and caregivers here are careful when it comes to giving children non-prescription medicines for, say, fever, coughs and colds, doctors say.

This is despite an Australian study released last month that said incorrect doses could put your child’s health at risk.

The University of Sydney researchers found – in their study of 97 parents and day-care centre employees – that 44 per cent of the participants would have given an incorrect dose and only 64 per cent were able to measure accurately the intended dose.

No similar study has been done in Singapore.

However, paediatricians told Mind Your Body that the wrong use of medicine for children is not a common problem here.

Dr Tan Mein Chuen, a specialist in paediatrics and neonatology at Raffles Hospital, said that there are bound to be some errors by parents and caregivers when measuring medicine using spoons. He said syringes are more accurate. However, in general, non-prescription medicine is not dangerous even if five to 10 per cent more of it is consumed.

This means that when someone takes more than the recommended dose of such medicine, it is unlikely to result in toxicity or death.

Dr Chan Poh Chong, senior consultant from the University Children’s Medical Institute at the National University Hospital, said that if parents are unsure about how sick their child is or about using a particular medicine, they should have a doctor examine their child.

“Generally, I would not suggest self-medication for children under four years old,” he added.

He said: “If the dosage and frequency of use are not breached, and the medicine is not given to children below the recommended ages stated on the labels, there should not be any long-term problem.

“Over-the-counter medicine should not cause dependence or addiction,” he added.

An audit in 2008 by KKH found that among the children who came through its emergency department from 1998 to 2007 with overdose or poisoning, the top three agents responsible were paracetamol, napthalene and silica gel.

Paracetamol is used as a painkiller and for the relief of fever in adults and children.

In the case of napthalene and silica gel, these agents are not medication and the typical cases involved young children having swallowed them by accident.

Napthalene is a white solid substance with a strong smell, commonly found in mothballs and toilet bowl deodorisers.

Prof Ng said an earlier audit found that accidental overdoses to paracetamol in young children were not poisonous.

This means that the medicine was given above the recommended dose but not high enough to reach toxic levels causing death.

Parents should also understand that children may not react the same way as adults to medication.

Prof Ng said a teaspoon or a tablet of some agents can be potentially fatal to, say, a one-year-old child weighing 10kg.

However, such a dose may be the right quantity for the weight on an adult, if used for the correct purpose.

As children weigh less than adults, Dr Chan cautioned that overdosing may hence be more common in children.

Indeed, some cough and cold medicine may cause young children more distress. Prof Ng gave the example of the use of medicine known as mucolytic agents to dissolve thick mucus in a child to relieve respiratory difficulties. He said that in some children, this might cause the mucus to become more watery and hence may choke the child.

“It is not just about whether the medicine is given or not; it is also about how much and how frequently it is given. All these contribute to a cumulative dosage which may be dangerous to the child,” Prof Ng said. 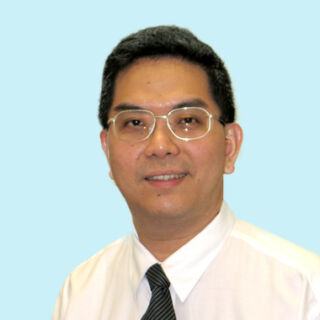