There’s something about the word ‘vagina’ that makes people uncomfortable and have the conservatives up in arms. The first step to getting rid of the stigma is through understanding. Educate and empower yourself by learning all about the vagina.

This is worrying – 50% of women do not know where the vagina is, according to a survey on 1000 women of all ages conducted by the British women’s cancer charity Eve Appeal. However, the statistic comes as no surprise since the women’s genitalia is often regarded as mysterious and taboo to talk about – it has more euphemisms than possibly any other human body part!

Here’s what we want you to know: the vagina is not a crude word. It’s an extremely intimate and important part of your body. When we regard it as a taboo topic, we face the danger of remaining ignorant. Knowledge is power when it comes to your sexual health. As Dr Shamini Nair, consultant Obstetrician & Gynecologist at Raffles Women’s Centre sharply noted, “It is important to promote straight talking about the signs and symptoms of gynaecological issues to women of all ages. This will ensure that the right treatment is delivered to the patient.”

It’s All About the Base

The word ‘vagina’ is derived from the latin root meaning “sheath for a sword, and is colloquially used in place to refer to the female genitals. Before we go into the importance of maintaining good vagina health, let’s get the medical facts out of the way. The vagina is an internal passageway connecting the vaginal opening to the cervix. The part that you actually can see is clinically known as the vulva. It comprises of the vaginal and urethral opening, as well as the folds of sensitive tissue called the “labia” (labia means “lips”).  The outermost folds are called the labia majora and a second set of folds, called the labia minora. The vulva also contains the mounded area made by the pubic bone (mons pubis), and the clitoris.

Like most parts of our body, our vagina is perfectly capable of maintaining itself. The vagina is self-cleaning, and has colonies of mutually symbiotic microbiome (microbial complement) that protect a woman against dangerous microbes. A class of bacteria called lactobacilli can be found in the vagina. Lactobacilli helps the vagina in:

Now, what you need to know is that any interference with these normal conditions can throw the whole ecosystem off balance, resulting in vaginal irritation or infection.

“Soaps that are too harsh or have too many chemicals and fragrances can actually make your vagina produce more discharge that gives off the foul smell. Avoid using douches to clean your vaginal area. Douching can alter the balance of healthy bacteria in your vagina, causing other bacteria to grow and create a foul vaginal odour too,” Dr Seng added.

When the V goes out of control

Vaginal infections occur when bacteria, funguses or other organisms grow uncontrolled. Infectious organisms can also be introduced into the vagina by improper hygiene or practicing unsafe sex.

Bacterial vaginosis (BV) is the most common vaginal infection in women. BV is a type of vaginal inflammation that results from the overgrowth of one of several types of bacteria normally present in the vagina, upsetting the natural balance of vaginal bacteria. Doctors don’t know exactly why bacterial vaginosis develops, but certain activities, such as unprotected sexual intercourse or frequent douching, put you at higher risk of the condition. BV also causes a fishy odour in the neither regions. Other symptoms include vaginal discharge, itching and a burning sensation.

One in two women have experience with urinary tract infections (UTI). In fact, some women suffer from repeat infections for years on end. UTIs are a key reason we are often told to wipe from front to back after using the bathroom as bacteria from the anus can invade the urethra. From there, they can travel up to the bladder, and if the infection isn’t treated, continue on to infect the kidneys. Women may be especially prone to UTIs because they have shorter urethras, which allow bacteria quick access to the bladder. Having sex can introduce bacteria into the urinary tract too.

Apart from infections, allergies are also fairly common and can be caused by the following:

Vaginal latex allergy symptoms can sometimes mimic other symptoms, except that you will notice them during or after sex in which a condom was used, or during or after a medical examination whereby latex gloves were used. Vaginal itch, though it is common, will be more pronounced after latex contact and may be combined with swelling and burning.

While rare, it is possible for a woman to develop an allergy to the proteins in semen. This condition is known as human seminal plasma protein hypersensitivity. Most cases involves only itching and swelling after sex, but in some cases it can be life threatening. Research shows that certain women are allergic to certain men but not to others.

Vaginitis is an inflammation of the vagina, and affects women of all ages. Infections and allergies can cause vaginitis. This is especially so if a woman uses colored or scented toilet paper, perfumes, panty liners, and other products on the genital area.

Halting the spread of STDs

However, sexual intercourse will not change the shape or size of your vagina. First things first: the vagina is a muscle. And just like the muscles in your arms, legs or tongue, it is not a big open cavity. When we put something inside of it, it constricts to hold on to it. When the vagina is at rest, the vagina’s muscle tissue remains tightly folded like a closed accordion, except when sexually aroused and during childbirth. Intercourse does not permanently stretch the vagina. 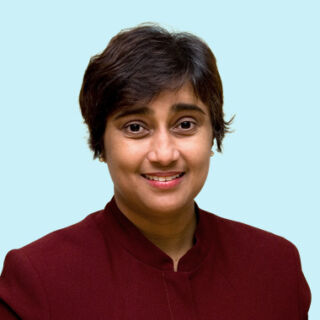