Planning for a baby? Or are you laying off pregnancy till your spouse and you are ready for the increased responsibilities? Whatever your stages in family life, planning is an important aspect as it can strengthen your marriage and provide you with the family makeup you wanted. We speak to experts in Raffles on what you should do in the various phases of family planning.

Phase 1: We are not ready for kids.

If you are planning a family with 2 children or more, it would be sensible to have the first pregnancy not long after the mother reaches the age of 30 years, or even earlier. This is according to Dr Sheila Loh, Clinical Director, Raffles Fertility Centre, who explains that the ideal age for fertility for women is between 22 and 26 years of age. For every year after 30 years old, the chances of conception declines by 2.5% and there is a drastic decline after 40 years of age.

“These ages are ideal for fertility as physiological and mental development of the female body is reached and egg quality and stores are at their best. It is also the safest age for delivering a baby,” she adds.

For men, sperm quality begins to decline after 40 years of age and there are higher chances of abnormal sperms so that chances of fertilising the wife’s egg are reduced. “There have been reports of birth defects and genetic diseases associated with advanced paternal age, especially beyond the age of 50. This could be due to the poorer sperm quality,” explain Dr Koh Gim Hwee, Specialist in Obstetrics & Gynaecology, Raffles Women’s Centre. Hence, men are advised to start procreation at an early age.

Find out more about fertility tests

If you are planning to put a hold to kids, the wide array of contraceptive options would dazzle you. There is no one best method and the final decision on your choice of birth control would largely depend on your character.

Prior to conception, preconception care is an important step in preparing the mind and body for conception or pregnancy. This is for both the wife and the husband which means both of them are psychologically and physically ready to start a family. They should begin to put aside more time for each other, discuss financial and social details and start to prepare their bodies health-wise.

“Preconception care can be likened to an athlete preparing for a major race. This preparation begins at least 3 months before conception as both female gametes (the egg) and male gametes (the sperms) start their development three months earlier. Any major event during these three months can negatively affect the quality of the eggs and sperms, for example, a major infection of the liver like Hepatitis B can reduce both egg and sperm quality,” shares Dr Loh.

Couples can consult their family doctor or OBGYN for these checks. In addition, they may want to check if they are immunised against Rubella and Varicella Zoster viruses. Women should start to increase their intake of folate/folic acid in their diet or include a multivitamin which contains folate. Folate reduces the risks of neural tube defects in the foetus.

Check with our specialists

To boost fertility, a woman should eat healthily, avoiding alcohol and consuming coffee in moderation. Some studies have associated heavy caffeine intake (more than 4 cups a day) with a lower chance of conception. Carbohydrates and protein intake should be balanced with a good proportion of fruits and vegetables which contain high amounts of vitamins and folic acid.

Avoid smoking totally as the toxins in cigarette smoke are thought to be a cause for ectopic pregnancies and miscarriages. Smoking also causes a woman’s eggs to age faster and she will also lose her eggs earlier. On average, women smokers reach menopause two years earlier than non-smokers. Being of a normal weight will also boost fertility as underweight and obese women may experience problem in ovulation.

For the men, various dietary supplements have been suggested. These include the antioxidant vitamins, calcium, zinc and selenium. There are some new studies which suggest that there may be a role for antioxidants in improving sperm quality. Avoiding smoking, alcohol, recreational drugs, heat (e.g. sauna and steam rooms!) and maintaining a normal weight may boost the individual’s own fertility.

In addition some medications (e.g. medication for hair loss, gastric ulcer or gout, and antidepressants) may lower sperm count and quality, so if a man is on prescription medicine he should also let his doctor know that his wife is trying to conceive.

On average, most young couples take about six months to conceive. Older couples in their mid-thirties may take up to one year. Unfortunately for some, conception does not come easy. Infertility is generally defined as not being able to conceive after 12 months of unprotected sexual intercourse. However, women over 35 years should consider seeking medical advice after trying unsuccessfully to conceive for six months, as they are more likely to have biological ageing of their eggs and any delay may reduce their chances of being helped.

These days, there is plenty of help for fertility. Methods such as IUI and IVF enjoy good success rates. Dr Loh shares on the two methods and whom they are suitable for.

“The purpose of the IUI programme is to place some of the good quality sperms into the uterus at the time the wife releases her eggs.  Hence, to ensure optimum chances at IUI, the women must have a normal uterus and patent fallopian tubes and her husband’s sperms must be of sufficient quality and quantity. Chances are also higher if she is below 37 years of age and the treatment is performed together with superovulation (medications to induce more than one egg). Average success rate is about 12-15% per attempt.

In-Vitro Fertilisation (IVF) is the general term covering all the various programmes that involve the help of a scientist to fertilise the eggs in the laboratory. It is often called the Test-Tube Baby programme. A couple needs this treatment if they have blocked or damaged fallopian tubes, the husband has poor sperm quantity or quality, severe endometriosis or if the doctor suspects a fertilisation problem. IVF outcome is most dependent on the egg quality. IVF is a more lengthy and expensive treatment. Although IVF has a much higher success rate, at an average of 30-40% per attempt, this must be weighed against its risks – more injections, more stress, higher complication rate of ectopic pregnancies, miscarriages, multiple pregnancy and ovarian hyper-stimulation.”

Increase your success of conception 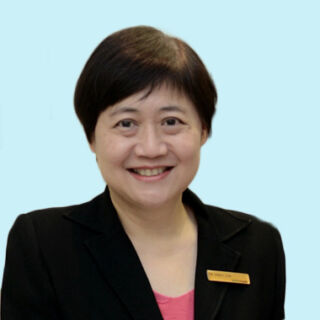