Modern day living is a double-edged sword. On one edge it allows us convenience and accessibility, on the other a growing population is at risk of infections and diseases, amongst which cancer is the top killer.
There are over 100 types of cancer known to mankind, of which many are a direct consequence of negative lifestyle habits, such as smoking to lung cancer, and poor dietary intake to colon cancer. While leading a healthy lifestyle may reduce the risk of getting cancer, it is essential to understand the basics, such as how cancer symptoms develop. Read on to find out more.

Cancer is ultimately the result of cells that uncontrollably grow and do not die. Normal cells in the body follow an orderly path of growth, division, and death. Programmed cell death is called apoptosis, and when this process breaks down, cancer begins to form.

Dr Toh Chee Keong, Specialist in Oncology at Raffles Cancer Centre says, “Unlike regular cells, cancer cells do not experience programmatic death and instead continue to grow and divide. This leads to a mass of abnormal cells that grows out of control.”

He cautioned that these abnormal cells could grow and interfere with the digestive, nervous and circulatory systems, and release hormones that alter body function. “Tumours that stay in one spot and demonstrate limited growth are generally considered to be benign.”

There are more than 100 different types of cancer, with each classified by the affected cell. A broad spectrum of symptoms may include:

Fatigue is one of the most commonly experienced symptoms. It is usually experienced by patients suffering from advanced stages of the illness, but still occurs in the early stages of some cancers. Anemia is commonly the culprit.

Losing 5kg or more unintentionally in body weight warrants a visit to the doctor. This type of weight loss can occur with or without the loss of appetite. It can be a red flag for many illnesses, including cancer.

Pain is usually not an early symptom of cancer, but when cancer spreads and begins to affect organs and nerves, patients will start to feel discomfort. Dr Toh says that lower abdominal pain can be associated with ovarian cancer and colon cancer. Shoulder pain can be a symptom of lung cancer, and headaches may spell trouble in the form of brain tumours. While serious stomach pains can be a result of stomach and pancreatic cancers, they could be symptoms of many other illnesses too.

If one experiences constipation, diarrhoea, blood in stools, thinner stools, or just an overall change in bowel behaviour, its best to seek a doctor’s opinion immediately. These symptoms are usually linked to colon and other bowel cancers.

A persistent new cough or prolonged cough that worsens needs to be evaluated by a doctor immediately. Blood and/or mucus may accompany the cough and this can be caused by many conditions, including lung cancer.

Cancer can be treated by surgery, chemotherapy, radiation therapy, immunotherapy, monoclonal antibody therapy or other methods. The choice of therapy depends upon the location and grade of the tumour and the stage of the disease, as well as the general state of the patient. A number of experimental cancer treatments are also under development.

Dr Toh explains that complete removal of the cancer without damage to the rest of the body is the goal of treatment. “Sometimes this can be accomplished by surgery, but the propensity of cancers to invade adjacent tissue or to spread to distant sites by microscopic metastasis often limits its effectiveness.”

The effectiveness of chemotherapy is often limited by toxicity to other tissues in the body but this can usually be overcome with medications. Radiation can also cause damage to normal tissue.

About one third of cancer patients experience dull, aching or sharp pain, which is caused by cancer cells growing into or destroying tissue near the affected area. Two-thirds of patients with advanced malignant disease will experience pain.

Cancer pain can come from the primary cancer itself – where the cancer started – or from other areas in the body where the cancer has spread (metastases). As a tumour grows, it may put pressure or invade into nerves, bones or other organs, causing pain.

Other than surgery and chemotherapy, medications that can also be used as treatment include:

Patients with unrelieved cancer pain despite medications or patients who develop intolerable side effects such as drowsiness, nausea, vomiting etc. with medications will benefit from interventional pain therapies.

Dr Ho Kok Yuen, Specialist in Anaesthesiology and Pain Management in Raffles Hospital, recommends pain therapies such as neurolytic nerve blocks or intrathecal infusion of pain medications. “Nerve blocks involve injection of local anaesthetic or other drugs around or into a nerve, to prevent pain messages from traveling along that nerve pathway from reaching the brain. Putting a tiny catheter into the spine to infuse local anesthetics and opioids continuously can also effectively treat metastatic cancer pain from many areas of the body.”

Other therapies such as acupuncture, acupressure, massage, physical therapy, relaxation and meditation may also help. 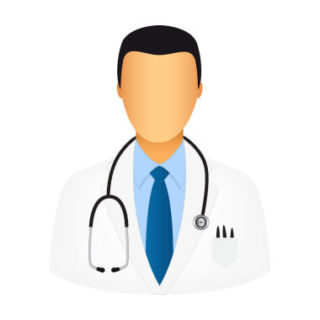 We provide pain treatment for patients with chronic issues to improve their physical function, sleep and quality of life.